Back to all projects
HuRU-hARa (Asia Topa 2020)

DSTV is a local videography and broadcasting team based in the Sangalla’ district of Tana Toraja, South Sulawesi. Helmed by Victor Konda, DSTV’s primary focus is the recording and distribution of Torajan ceremonial footage. These age old animist traditions are the epicentre of Torajan communal life, paying respect to ancestral lineage and the natural environment. The continuation of Rambu Tuka and Rambu Solo, rituals of life and death, provide the people with an ongoing connection to the history and cultural identity of Toraja. This footage is broadcast to the local population, the signal distributed throughout the villages of Tana Toraja on incredible lengths of cabling strung up on tall bamboo poles. DSTV plays a crucial role in documenting Torajan culture in a time of rapid shift towards a western monoculture. It provides the Torajan community with a representation of their culture on their screens, 24 hours a day.

Dogmilk’s ongoing project in Toraja has been inextricably linked to DSTV from the very beginning. This collaborative piece involves footage shot by both the DSTV crew and the Dogmilk crew, providing both an insider and outsider lens through which one can explore Toraja. The installation embodies the chaotic essence of DSTV, a maelstrom of nature and technology. It will act as a dynamic representation of Toraja’s past and it’s possible future. Each day new material was cut and broadcast on the many TV’s that adorn the installation area. The varied environments in which people consume DSTV footage, as well as the house from which it is broadcast from, was represented in a collision of form and substance. 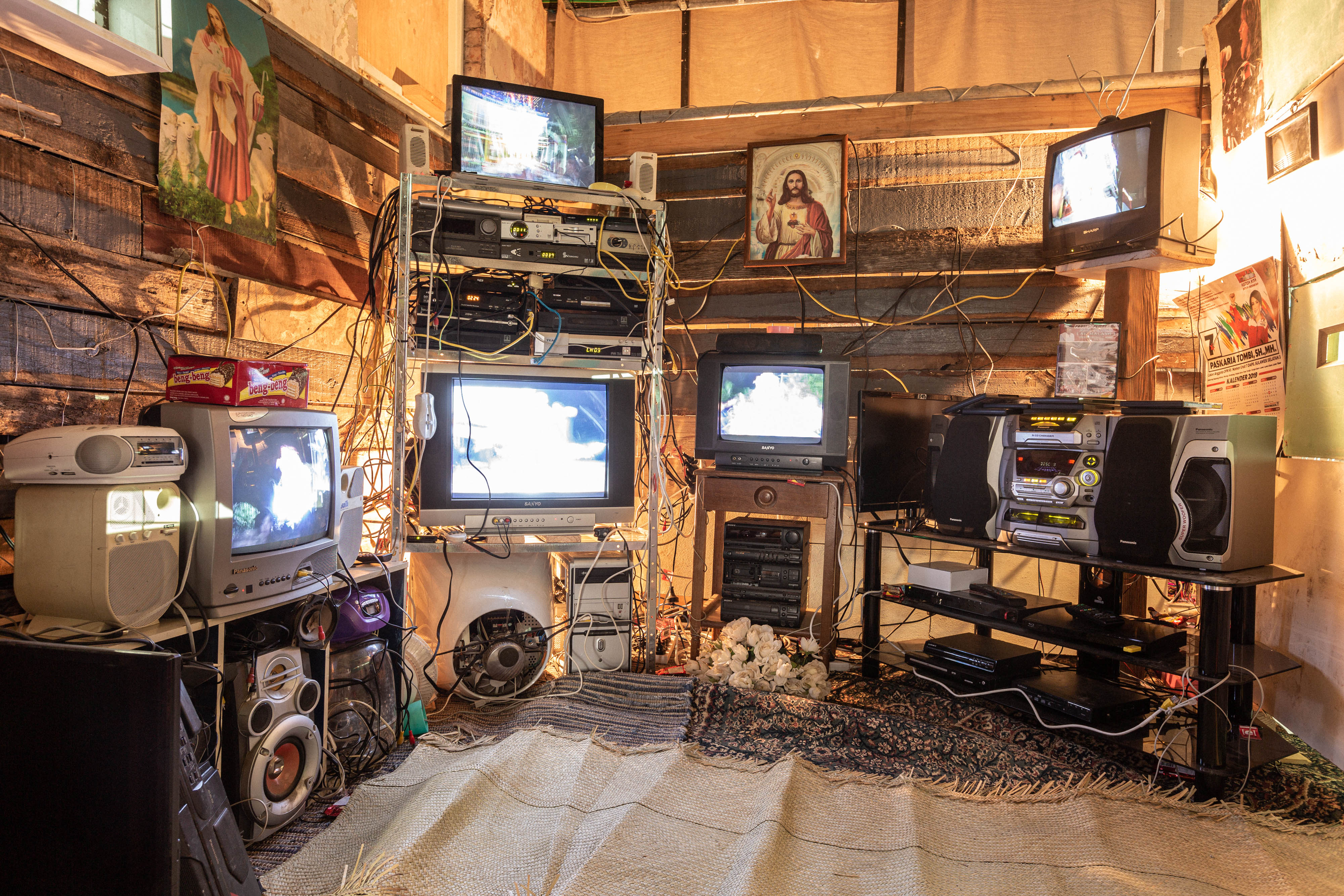 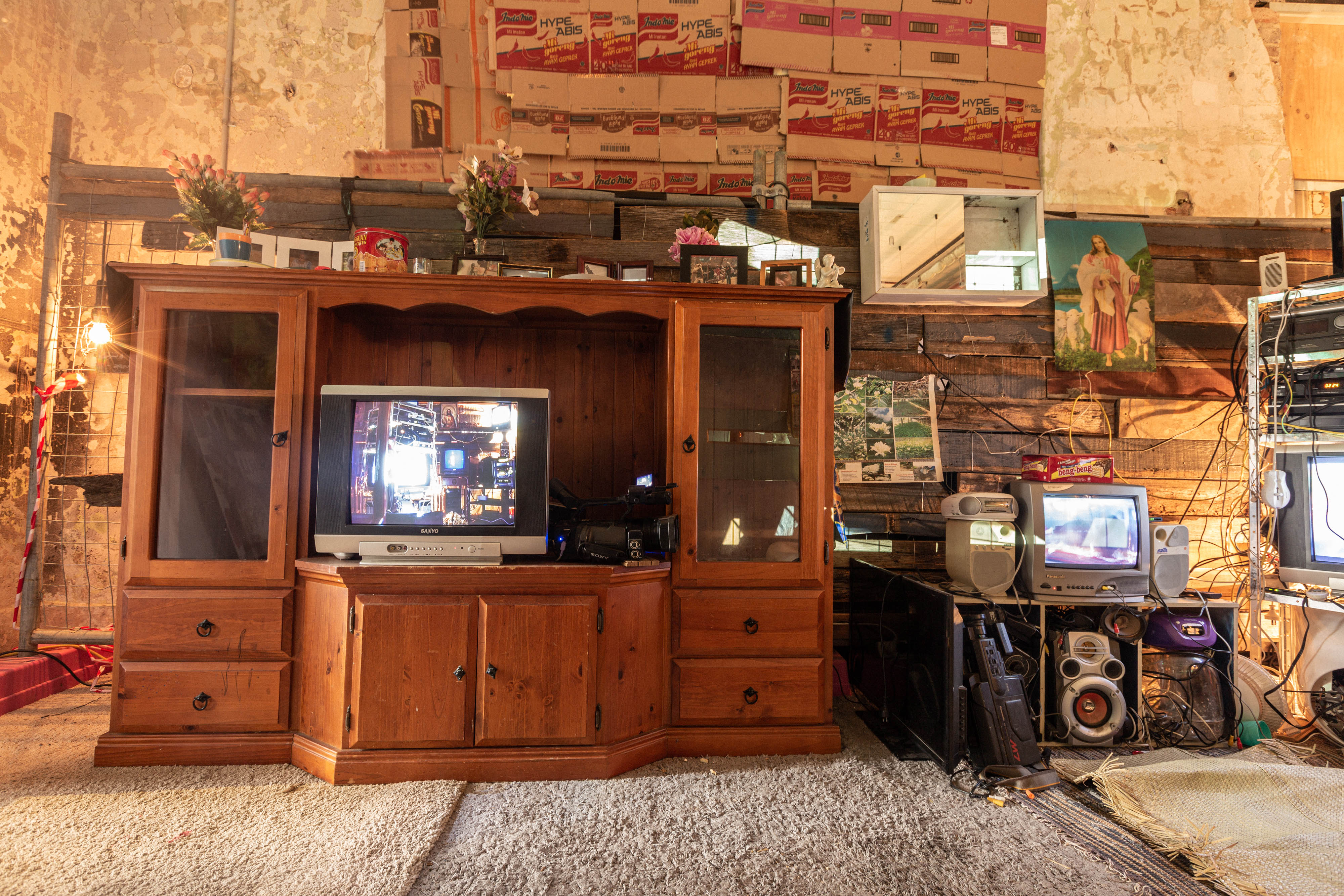 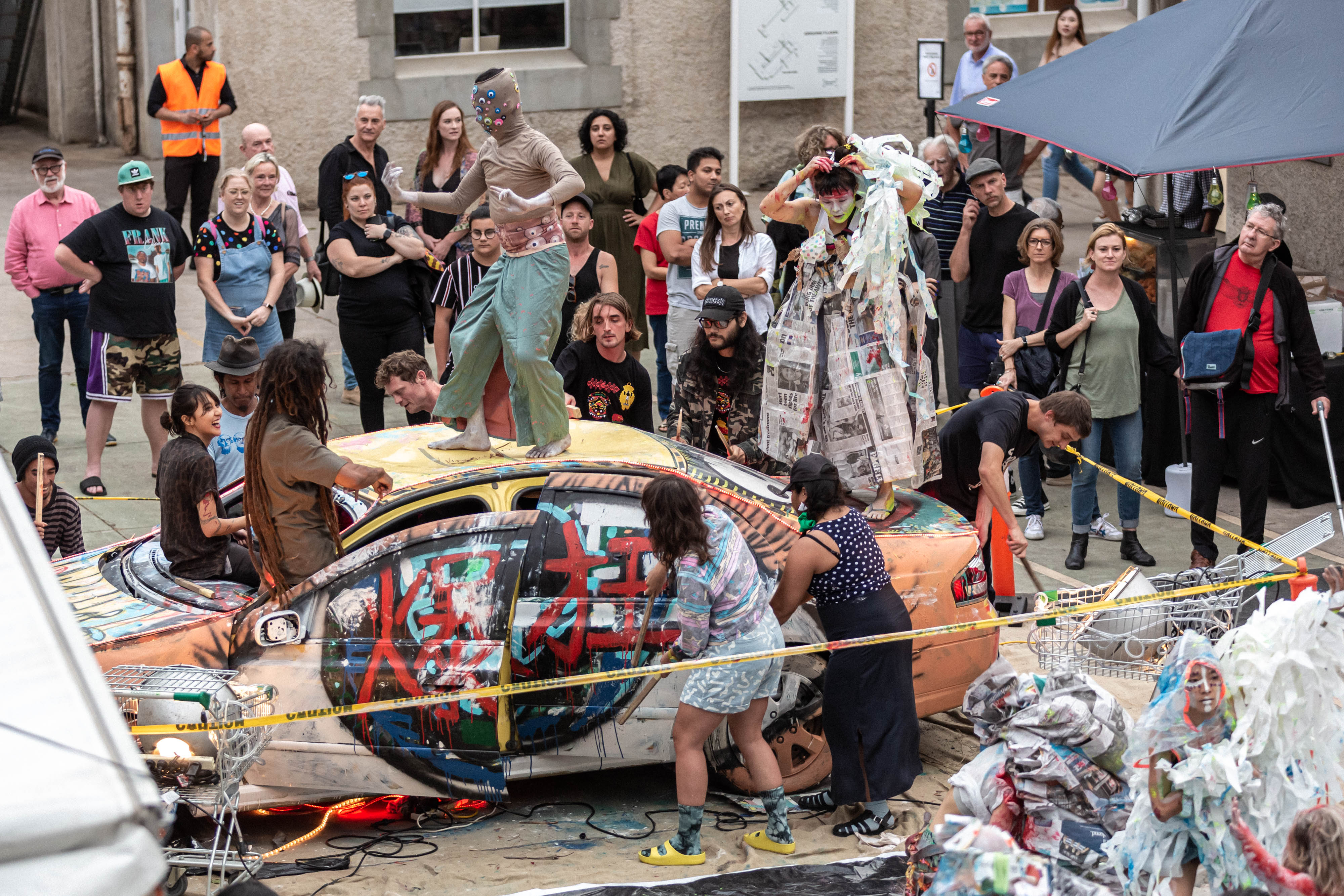