A 4-screen iterative archival film, offering an expanded and immersive exploration of the work and life of indigenous videography and broadcasting company DSTV (Delta Sangalla’ TV) in the highlands of Toraja, South Sulawesi, Indonesia.

all circles the moon & dirt shines in the sun is made up of over 4000 separate clips from the DSTV video archive arranged into 4 video channels each offering different perspectives and temporalities of Torajan social and ceremonial life. Projected onto 4 screens and accompanied by an enveloping sound design (octophonic speaker array), the work not only immerses the viewer in the Torajan daily life, but highlights the vital roles of the videographer and community archive as sources of knowledge, cultural transmission and self-definition. In a collision of form and substance, All Circles the Moon & Dirt Shines in the Sun proposes an emotional topography of DSTV’s work over the last 15 years, a living and growing archive of Torajan life, both intimate and communal.

Re-arranged and constructed by Wahyu Al Mardhani and Chris Cochrane-Friedrich, the archival video material is accompanied by text from interviews conducted with the founder of DSTV, Victor Konda, over the last four years and sensorial sound design from recordings collected and composed by sound artist Josh Peters in Toraja. Toraja is known for its distinctive funeral ceremonies that galvanize entire communities, but DSTVs footage captures events both private and public that reveal a life in Toraja rarely shown. In 2011 DSTV launched a cable television network in their district, Sangalla’, then set up a YouTube account in 2017, now with over 300,000 followers. Broadcast out of the DSTV headquarters, their images can be seen playing in homes, warungs and palm wine bars across the district and around the world. 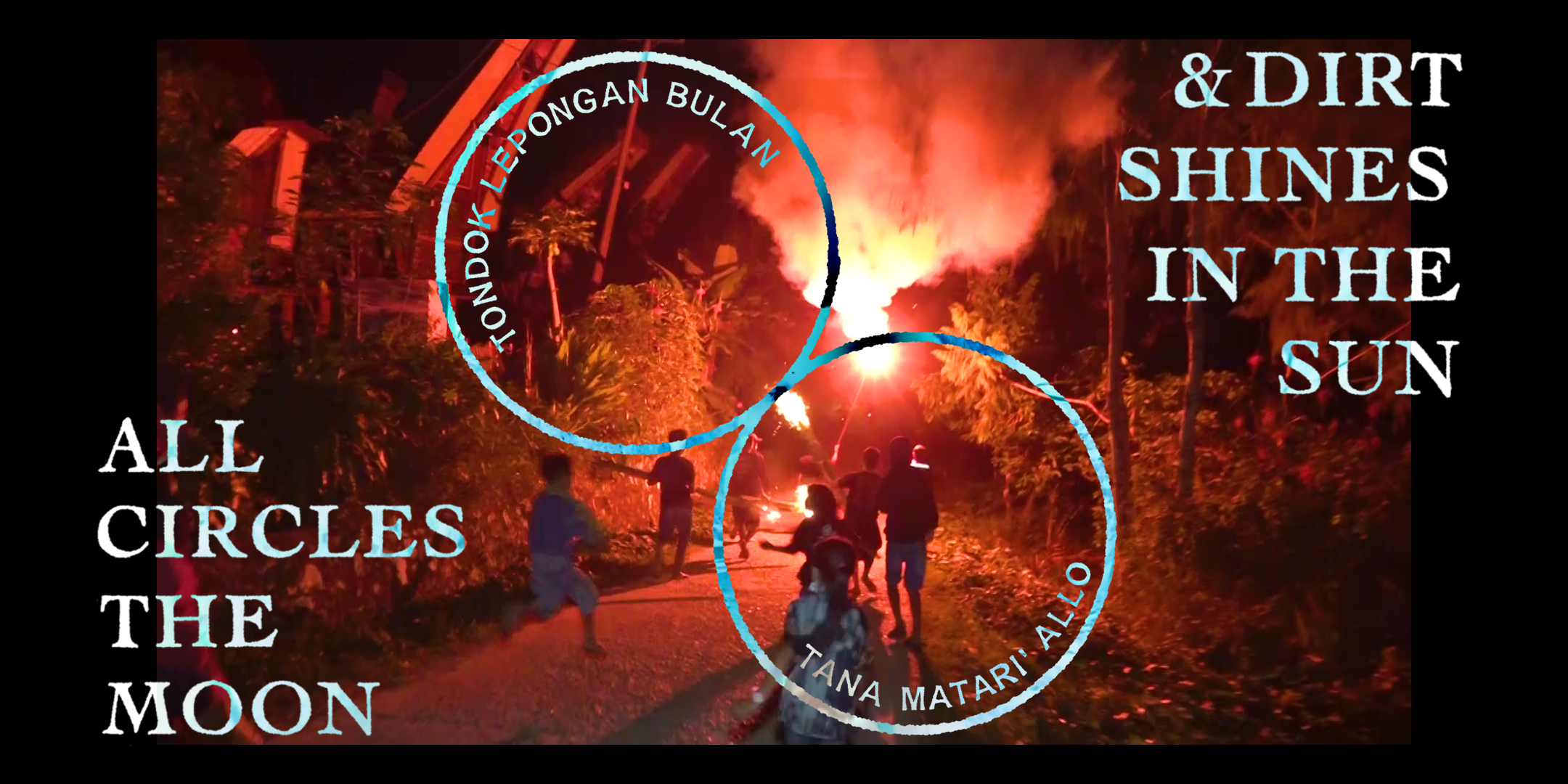 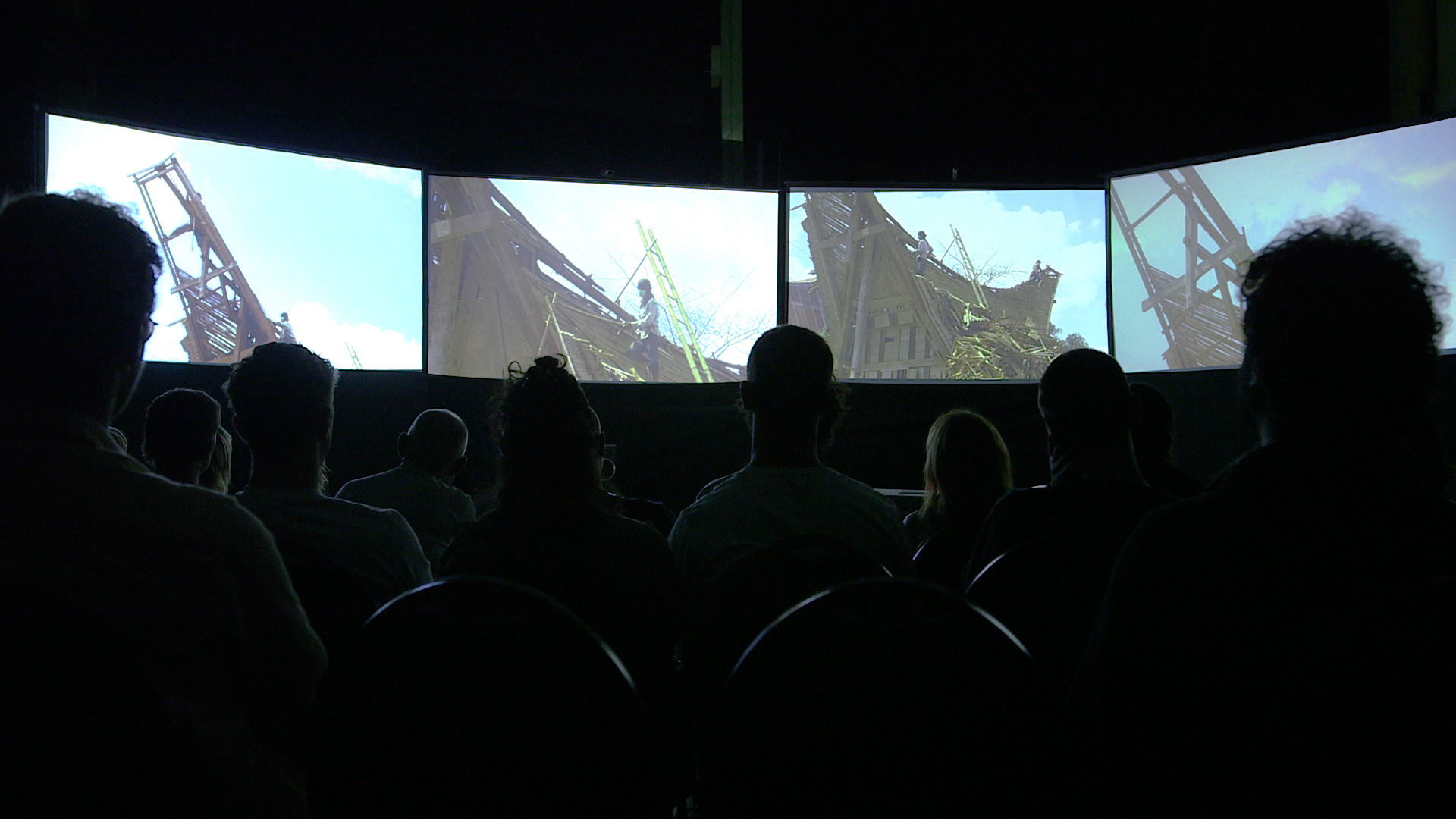 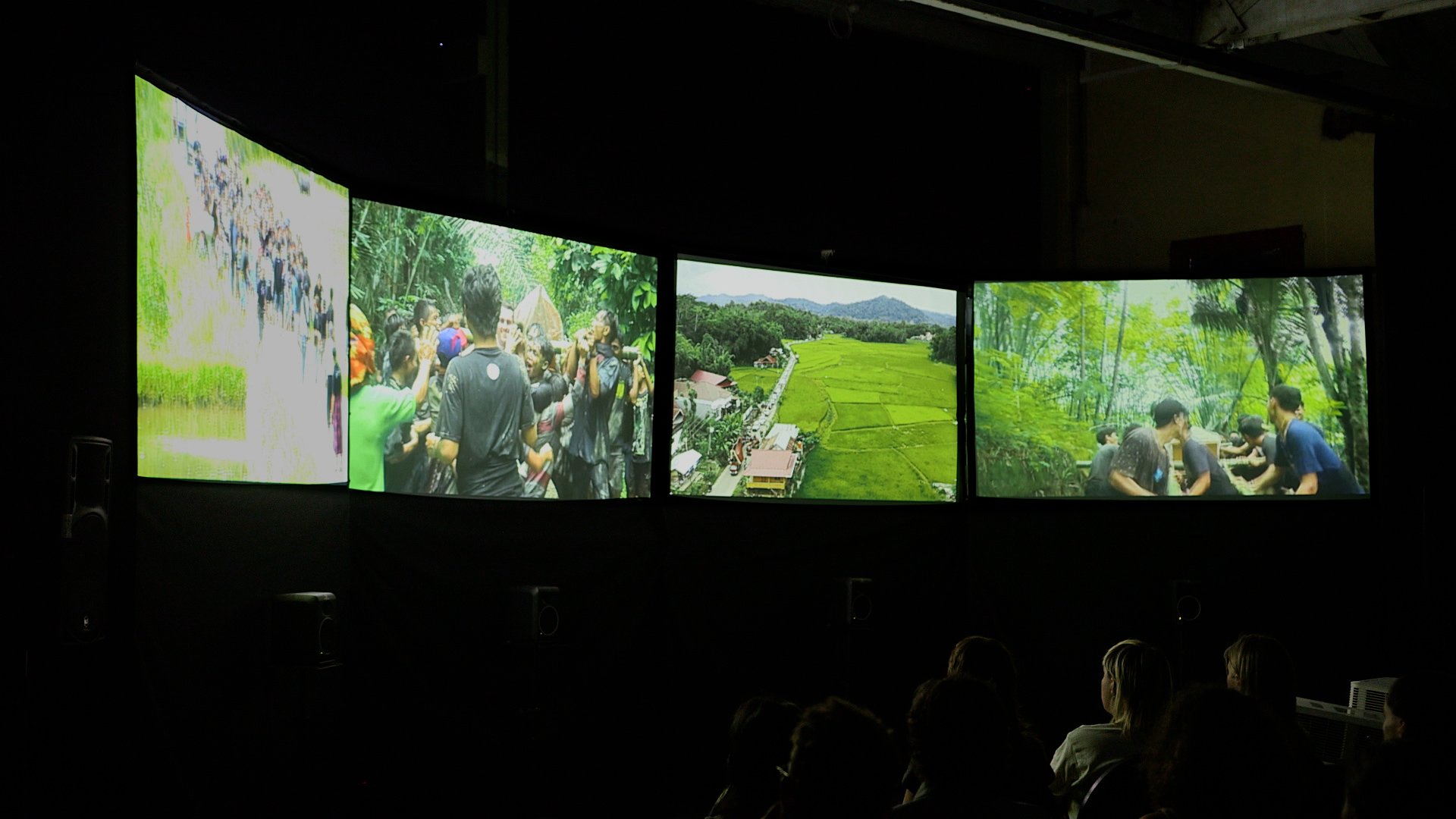 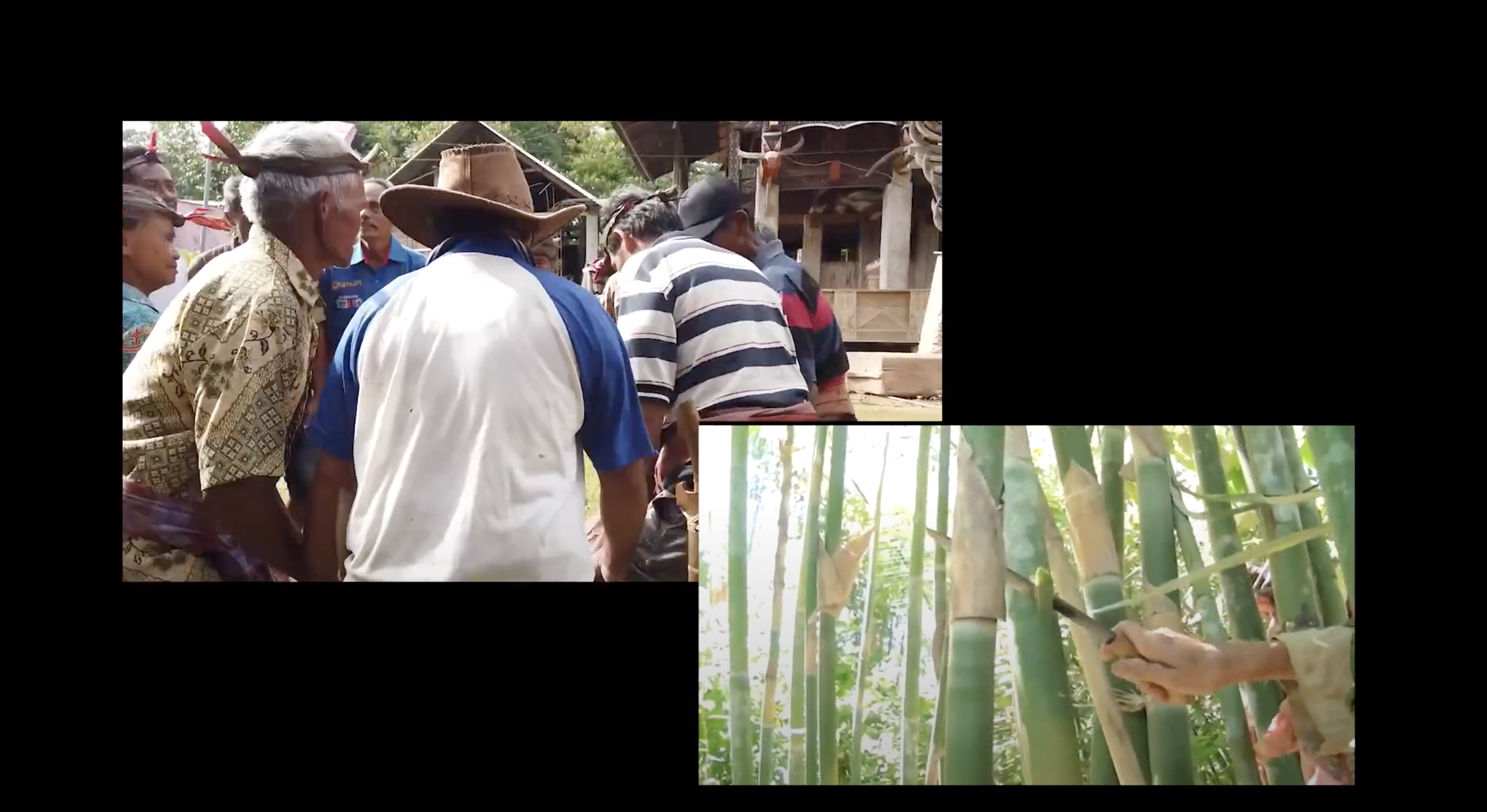 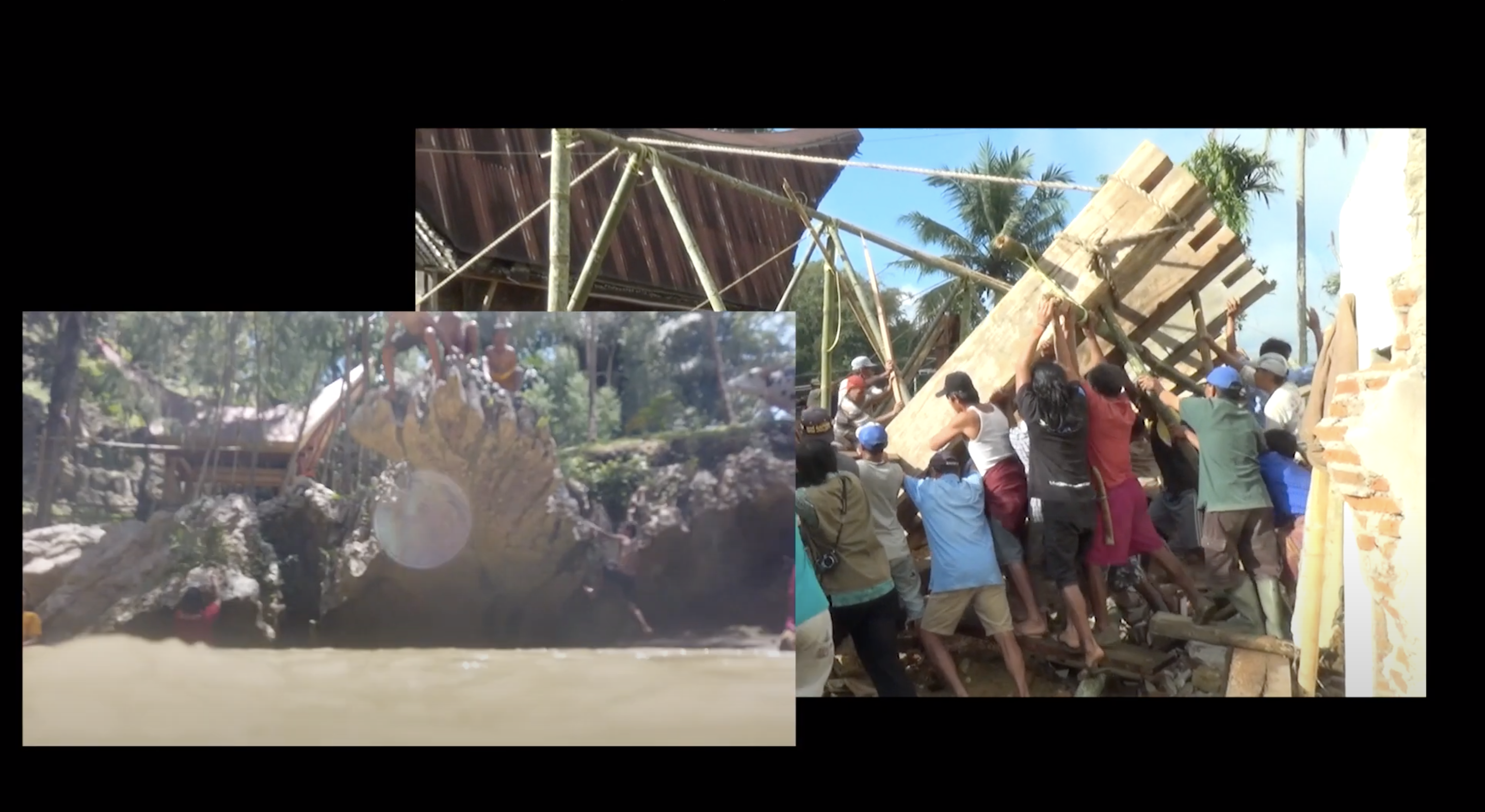 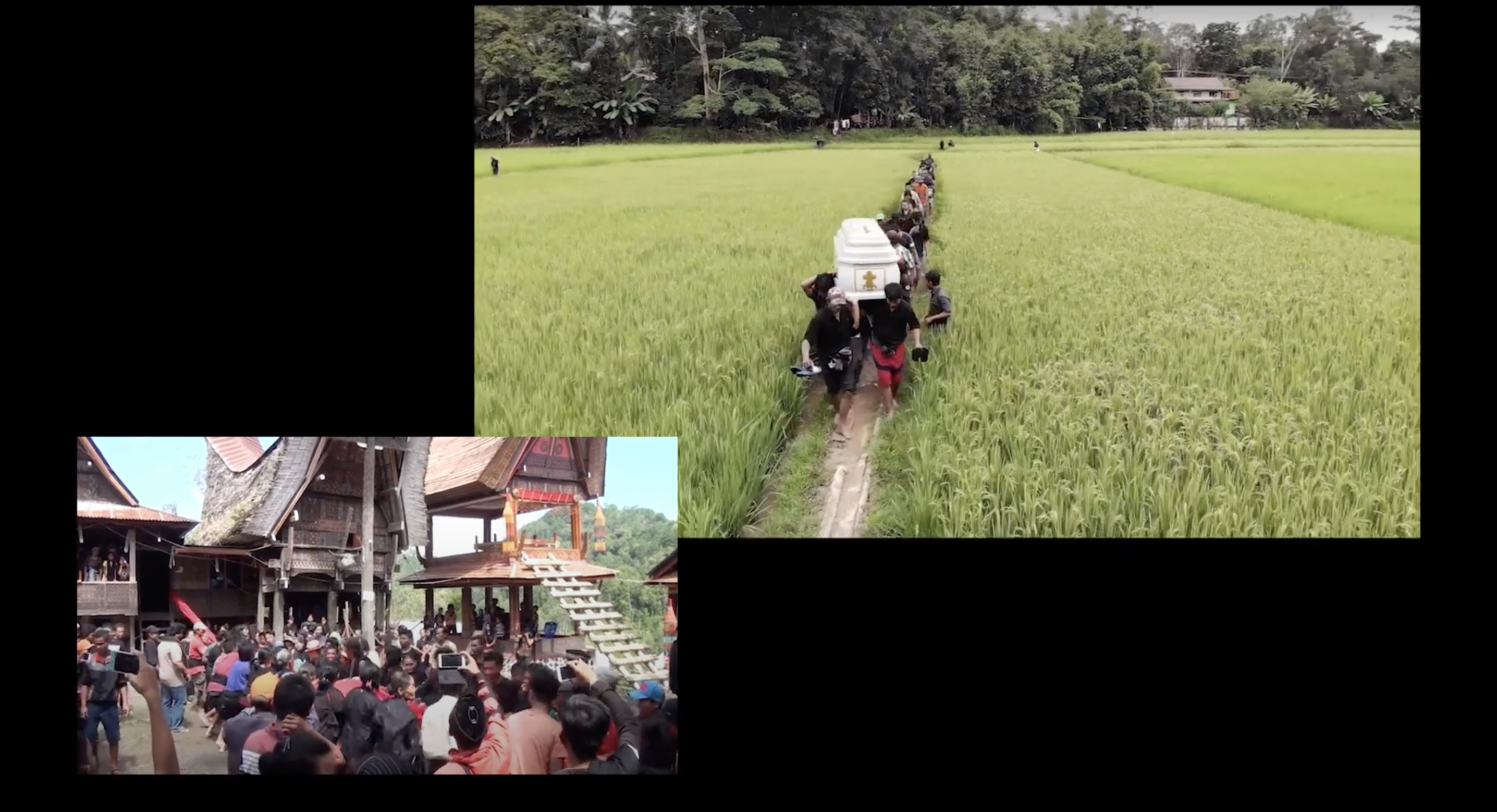